I hope that this post finds you all enjoying a fantastic Wednesday. I am still buzzing from a wonderfully literary weekend with my very good friend, and fellow bibliophile, Katie. Needless to say that much of her visit was occupied with a 50th rewatching of the BBC’s Jane Eyre adaptation. Because nothing says ‘obsessive’ quite like the ability to quote an entire serialisation from memory.

Given the introduction to this post, there could be no more appropriate article to celebrate. No book has impacted by life quite like Charlotte Bronte’s masterpiece. Its lessons translate almost entirely to the present day with, in an era of even greater gender awareness, arguably increased resonance. As this article argues, the 21st century woman has much to learn from Jane Eyre. So too does the 21st century man. Read this book and you will learn what it is to conduct yourself with courage in adversity. You will learn that the key to a fulfilled life lies in self-respect and staying true to the principles upon which you’ve built your identity. And you will learn that Jane Eyre paints a picture of the fundamentals that lie at the heart of truly loving someone. These lessons are timeless and universal. And while I would argue that Jane Eyre‘s impact defies summation in 11 points, this article reminds us of the  tremendous power that literature can wield in our outlook and choices. 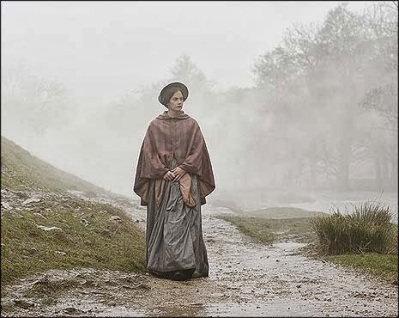 We followed last week’s announcement that Eleanor Catton had won the 2013 Man Booker Prize for her epic literary work, The Luminaries. This year’s Man Booker announcement was, however, overshadowed by the controversial decision to open the prize up to authors outside of the Commonwealth. In order to tackle the vastly increased number of novels eligible for future shortlists, Man Booker has decided to assemble an advisory committee to lighten the load. This committee, consisting of 80 former Man Booker Prize winners and judges, will offer advice to future judges. The problem remains, however, that many critics are convinced that the diversity of literature represented through the Man Booker will be swept away, dominated instead by the now-eligible American novel.

Because how could you possibly not want to visit this place? Anyone in Wisconsin, this is for you.

We are revisiting the joys of Harry Potter today. I can hear the sighs issuing from your lips as you read. I am in the midst of planning an EPIC Harry Potter-themed event with my amazing friend (and fellow blogger) Anjali, involving a trip to the Warner Brothers Harry Potter Studio Tour and an extensive film marathon. To tide me over until November, I am therefore indulging in another Book Fetish visit to the wizarding world.

Quite possibly one of the creepiest things I have ever seen. But that’s what makes it great. And handy in the event of Basilisk petrification.

Because nothing says party quite like a Harry Potter drinking set.

I love TOMS. So much so that I am typically sporting a TOMS tan line throughout the summer. And given that I live in the relatively sunless UK, this tells you how little time I spend out of my favourite shoe brand. It comes as no surprise, then, that these Harry Potter TOMS are pretty much the best shoes I have ever seen. At least in part because my own artistic skill leaves SO much to be desired.