Was anyone truly surprised upon hearing the news that I was going to be spending a day at the Warner Brothers Studio Tour? After meeting Anjali from the fabulous blog From L&P to English tea and discovering a shared passion for all things Harry Potter-related, we decided that nothing could be more appropriate for a first meeting than a Harry Potter excursion. So, after a Harry Potter film marathon, we headed to Leavesden, where the Studios are located. With uncharacteristic (for me) luck, we even managed to book our tickets for the holiday season – Christmas at Hogwarts!

And so a day of Harry Potter magic commenced. I apologise, in advance, for the deluge of photos.

After securing our tickets and grabbing a few photos outside, we headed to the entrance. There was quite a queue but, in the spirit of things to come, we were too excited to care. It also helped that the queue snaked around a few pieces of scenery – including Harry’s cupboard under the stairs! Once herded into the next room, we were treated to a cinematic introduction to the Tour by none other than Daniel Radcliffe, Emma Watson, and (my all-time favourite) Rupert Grint. Standardly scripted and worryingly wooden, it was at least an appropriate beginning to a wonderful exhibition.

Next stop, the Great Hall – the largest set used by the films. Unfortunately, my inadequate photographic skills mean that I have no photo of the room itself. Instead, you can enjoy some beautifully Christmassy details! 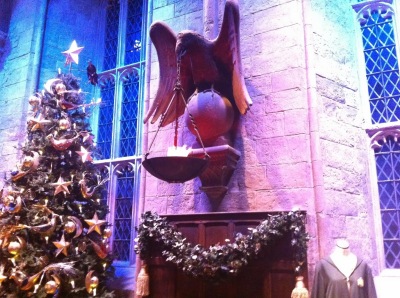 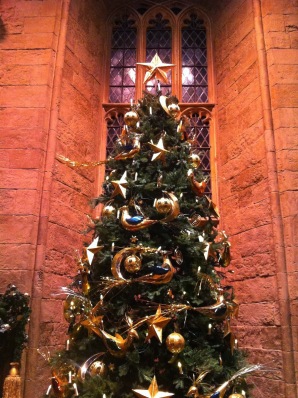 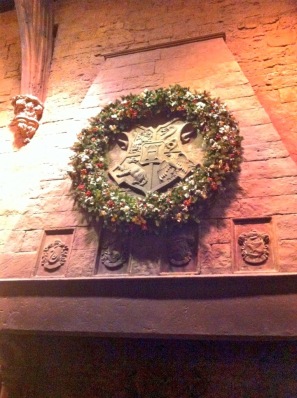 The Great Hall was a wonderful first stop for the Tour. Not only was it fantastically laid out, this was also the only part of the Tour to be presented by a Guide. Certainly helpful with so much to see. The highlight of the room was undoubtedly the display of fantastic costumes! 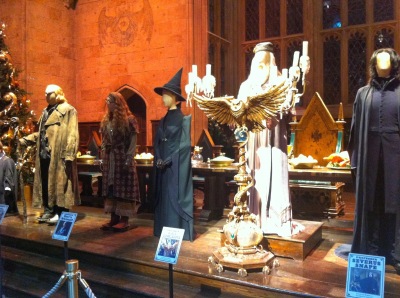 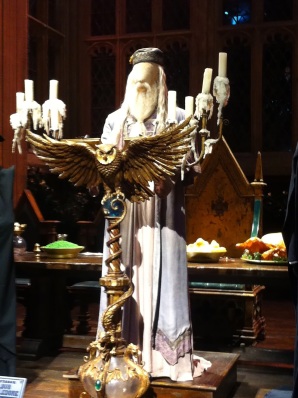 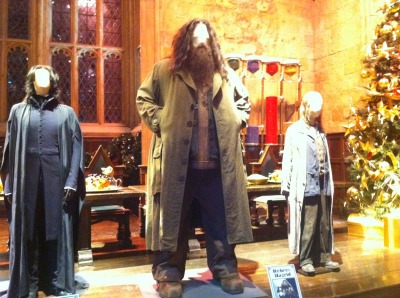 Many, many costumes. And apart from the scarily blank faces on the models, they were amazing to see up close. After which, we were unleashed upon the rest of the Studio. Sets, costumes, props galore!! 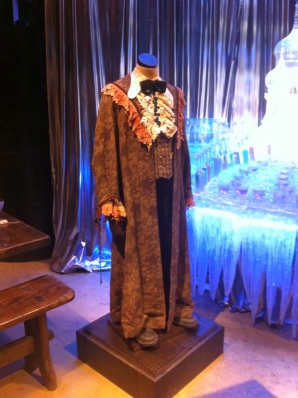 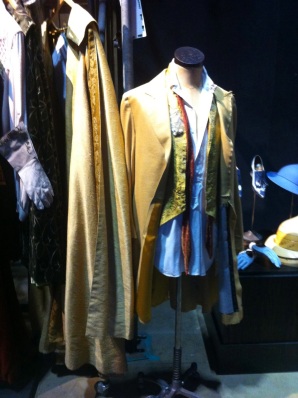 Apart from the truly glorious costumes, there was another spectacular highlight. Because, yes, the Studio Tour affords visitors the opportunity to walk the pavements of Diagon Alley. Would it be cliche to say that it was magical? Yes. But I say it anyway. 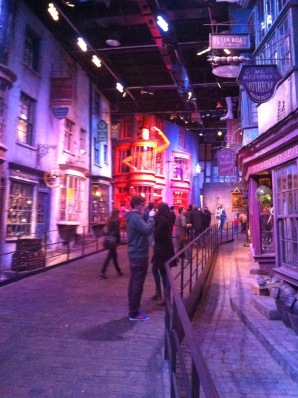 The best bookshop in the world? Quite possibly.

And not forgetting this spectacle, of course…

A scale model of Hogwarts. It’s difficult to describe how impressive the sight was. Music, snow, mood lighting, and not a disappointed face in the crowd.

This was, quite simply, an unimaginably fantastic afternoon. For any Harry Potter fan, there can be no greater destination (other than Hogwarts itself, of course). While the contents of the Studios were a little overwhelming in their number, they were well laid out and certainly deliver value for money. So charge your Butterbeers to a job well done! 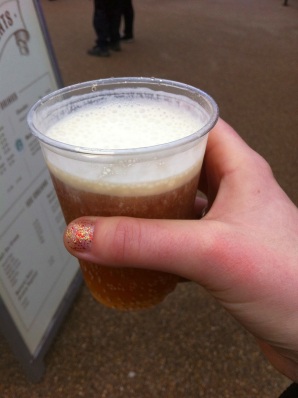